Have you ever shot someone against a bright background only to have them be very dark or even a silhouette? I’m sure you have. The occurs because the brightness of the background tells the camera that the scene is very bright and to darken the scene for a good exposure. So what happens when you expose for the subject? Now you are telling the camera that you want to brighten an already bright background and as a result the background is blown out. Right?? How do you get the best of both worlds? Well while you could shoot both exposures and then paste them together in Photoshop it’s easier to just get it in camera

Remember, flash has a different exposure triangle. For flash you expose using ISO, Aperture, and the Flash power. Your ISO and Aperture for your flash should equal what is in camera, but the shutter speed in camera has no effect on flash and the flash power has no effect on ambient light.

Below is an example of a background for a shoot I did recently. It was a very bright but dreary day with mist in the air. We were on a patio at Rockwall Golf and Athletic Club (formerly the Shores). To darken it down to the exposure below I increased my shutter speed. The overall settings were 1/3200, f/4.0, ISO 400. I wanted to keep my ISO fairly low because I was shooting with my secondary camera and it doesn’t shoot well when I push the ISO. 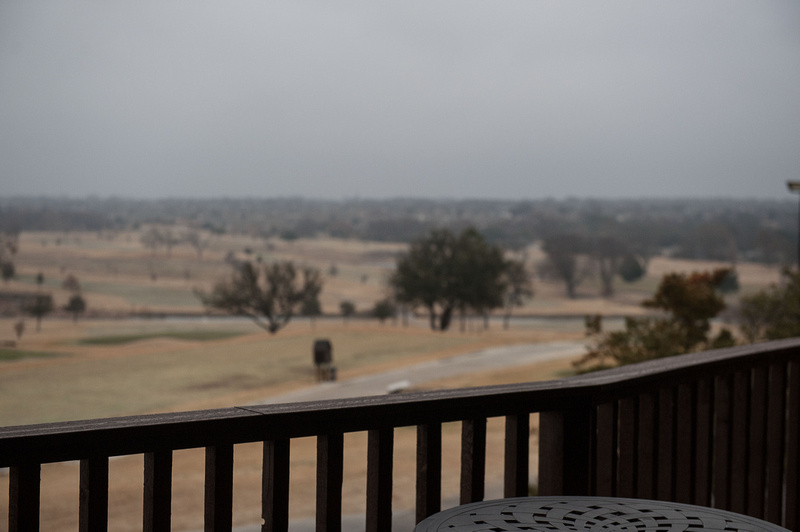 Then I put the subjects in the scene and set the flash to equal the ambient. To do that I used the Guide Number for the SB-700 flash. I knew that at 10 feet at full power and at ISO 100 the flash fires at about f/8. Since I was at ISO 400 that would change to f/16 at 10 feet and full power (two stops of extra light). Needing to get to f/4.0 I lowered my flash power by 4 stops to 16th power. Then I realized the flash was closer to 5 feet away. Going from 10 feet to 5 feet I gain two stops of light, therefore, I had to lower my flash power another two stops to 64th power. With this I got the following shot. 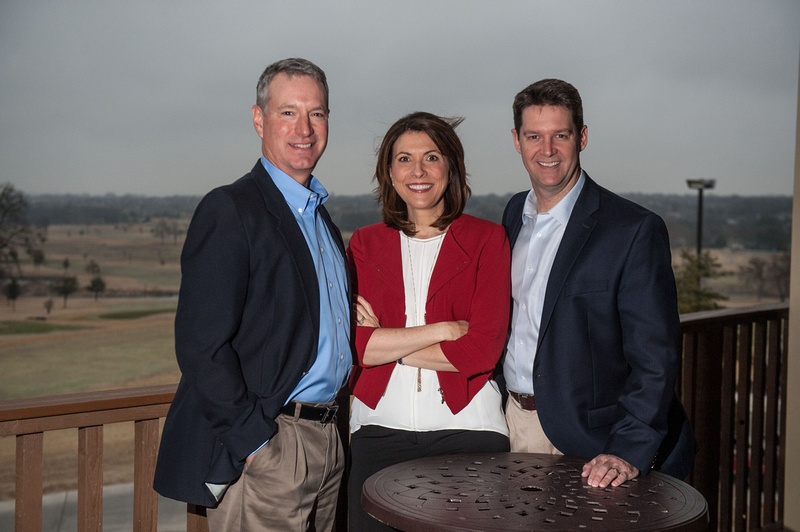 Needs a little polishing but you get the idea. Most everything done in camera instead of fussing with lightroom or photoshop to get the light to match.

One more thing. If you don't have off camera flash you can use the flash on your camera. Just be aware that it will be flat light and that you may need to use the flash compensation if the light is too strong or not enough. The important thing is to get the shot.

I should mention that shooting at 1/3200 with flash is only possible if you are setup for High Speed Sync (HSS). I could have, and maybe should have, lowered the shutter speed and closed down the aperture a stop or two to broaden my depth of field. So I could have lowered my shutter speed to 1/200 (four stops) and closed down my aperture to f/16 (four stops). Then, being constrained to about 5 feet from the subjects I gained another two stops of light to put me at about f/32. Therefore, lowering the light to 1/4 power would have given me the proper exposure to f/16 and allowed me to shoot within my sync speed.